Peace and justice are part of our country’s DNA. Centuries ago, when the Netherlands was on the brink of its independence, a Dutchman named Hugo Grotius became one of the founding fathers of international law. We are convinced that a functioning legal order is in the interests of all countries.

International law creates a level playing field and lays down clear, predictable rules that apply equally to all. Our commitment continues to this day. The Netherlands plays an active role in preventing armed conflict worldwide and strengthening the international legal order by, for instance, participating in peace missions and supporting reconstruction in post-conflict countries. 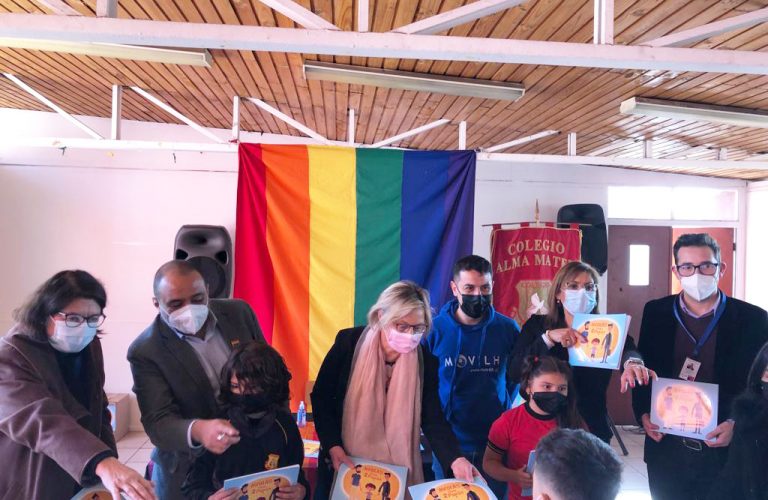 Human rights in the Dutch Constitution

In the Netherlands many human rights are laid down in chapter 1 of the Constitution. These rights are also referred to as fundamental rights. A well-known example is article 1 of the Constitution, which says that everyone in the Netherlands must be treated equally in equal circumstances. Article 1 has been elaborated in separate legislation, such as the Equal Treatment Act.

The Netherlands is a party to international human rights agreements, many of which derive from the Universal Declaration of Human Rights.

The Netherlands has signed and ratified the following human rights agreements:

Human rights are rights that apply worldwide, to all people, in all places, at all times. They are the foundations of a democracy in which every person counts. The Netherlands strives to protect and promote human rights all over the world.

What does the Netherlands do to strengthen human rights worldwide?

Promoting and protecting human rights worldwide is a priority in the foreign policy of the Netherlands. The Netherlands employs a wide array of actions and initiatives geared towards the strengthening of human rights. For a comprehensive overview of these actions in 2017, please see the Human Rights Report 2017.

The Netherlands strives to protect and promote human rights all over the world. The government cannot do this on its own. The Human Rights Fund therefore supports organisations that work for human rights worldwide.

The Human Rights Fund provides funding to organisations in three ways: through Dutch missions abroad (embassies and consulates-general), through calls for grant proposals, and through contributions to international organisations. The Fund focuses on the priorities of Dutch policy for human rights worldwide.

Chile and the Netherlands

Bilateral relations between Chile and the Netherlands are based on the community of values that animate both states, regarding the democratic political system, respect, and promotion of human rights, the role of political parties and civil society, adherence to the multilateral system, and the importance of international law in the preservation of international peace and security. Chile shares with the Netherlands the objectives of the Coalition for Equal Rights regarding the rights of LGBTI people, as well as the concern for the dimension of human rights in the field of business.

The constitutional process is the result of a broad national agreement among political parties in Chile to end a wave of popular protests against inequality and poor public services that erupted in October 2019. Millions of Chileans filled the country’s streets and public squares to demand change.

The protests were a cry for more justice and more dignity for all people, as well as a denunciation of deep economic and social inequities. One year after the protests started, Chileans voted overwhelmingly in favour of drafting a new constitution, and in a later ballot voted for the 155 members of the constitutional assembly.

The constitutional process represents a defining moment for the Chile. Written by a constitutional assembly with an equal proportion of women and men, the draft enshrines human rights and values for a more equal and inclusive society, with special attention to groups that have been historically excluded and protection of economic and social rights.

Do you want to know more?

On November 25 2021, we kicked off the “Orange the World” campaign. The International Day for the Elimination of Violence Against Women launched 16 days of activism. Nearly 1 in 3 women have been abused in their lifetime. In times of crises, the numbers rise, as seen during the COVID-19 pandemic and recent humanitarian crises, conflicts and climate disasters.

To raise awareness, the theme of 2021 was “Orange the World: End Violence against Women Now!”. Orange is our color to represent a brighter future free of violence against women and girls. The Embassy of the Kingdom of the Netherlands in Chile took part in the orange movement and sponsored the orange lighting of the Gabriela Mistral Cultural Center (GAM). At the inaugural ceremony of the campaign, the Counselor of our Embassy, Lisette den Breems, had the honor of giving a powerful speech, which you can read below:

If we do not address the root causes of violence, our efforts to eliminate it will be significantly less effective.

And one of the roots of violence against women is in inequality, in unequal power relations. These can be magnified in times of conflict. But inequality is also embedded in the stereotypes that we use every day. Charity activities at my son’s school, where dolls are given for girls and balls for boys. We must all be aware of these stereotypes and eradicate them.

Count on us during this 16-day campaign and also the remaining 349 days of the year! Let’s “Orange the World” together! 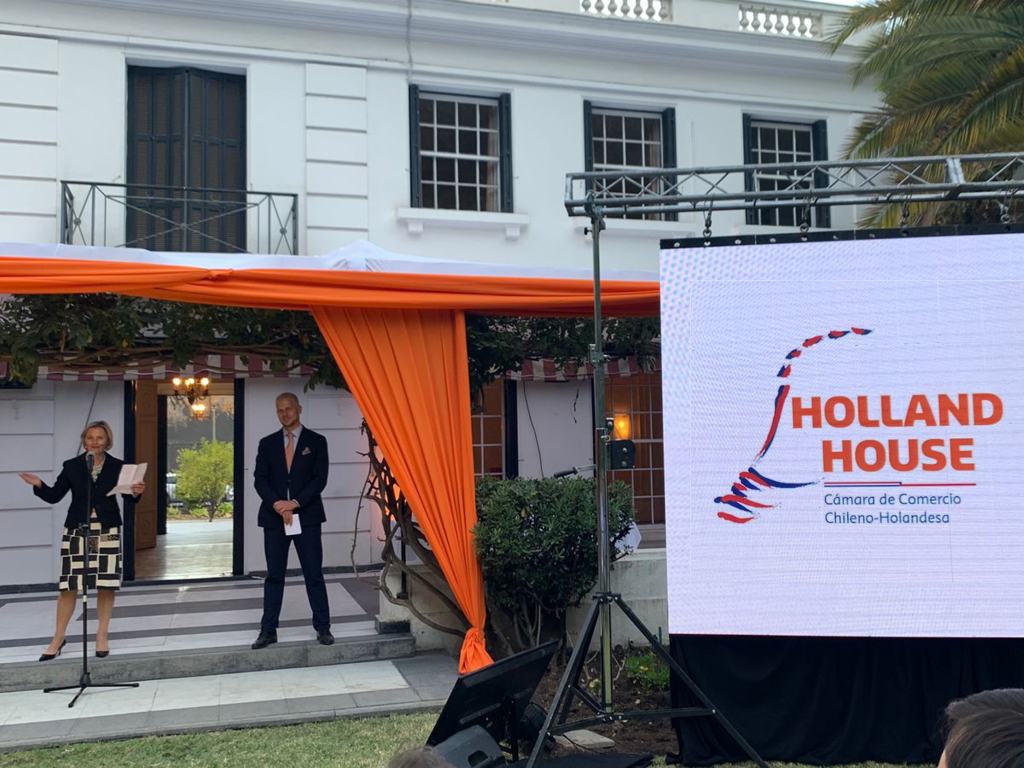 Input for a new Chilean constitution: the experience of the Netherlands

With its extremely elongated shape, 4,000 kilometres from north to south, and geographic diversity, Chile has a multitude of water issues. The availability of water is one of the most urgent issues. The north of Chile in particular is extremely dry. In 2019, the Netherlands and Chile started the GIRAgua recharge pilot project aimed at water retention and underground storage in the Coquimbo region.

The GIRAgua recharge pilot project is looking at the catchment area of the Elqui River which flows from the Andes to the Pacific Ocean. This catchment has hardly any water in the dry season, but does have water in the rainy season which then disappears straight into the sea. The project consists of aquifer recharge and underground storage practices to contribute to integrated water management of the Coquimbo region. The project is an initiative of a Dutch consortium led by Deltares and co-implemented with Chilean partners.  Financially, GIRAgua is supported by the subsidy scheme of the Dutch Partners for Water programme and the Government of the Coquimbo region.